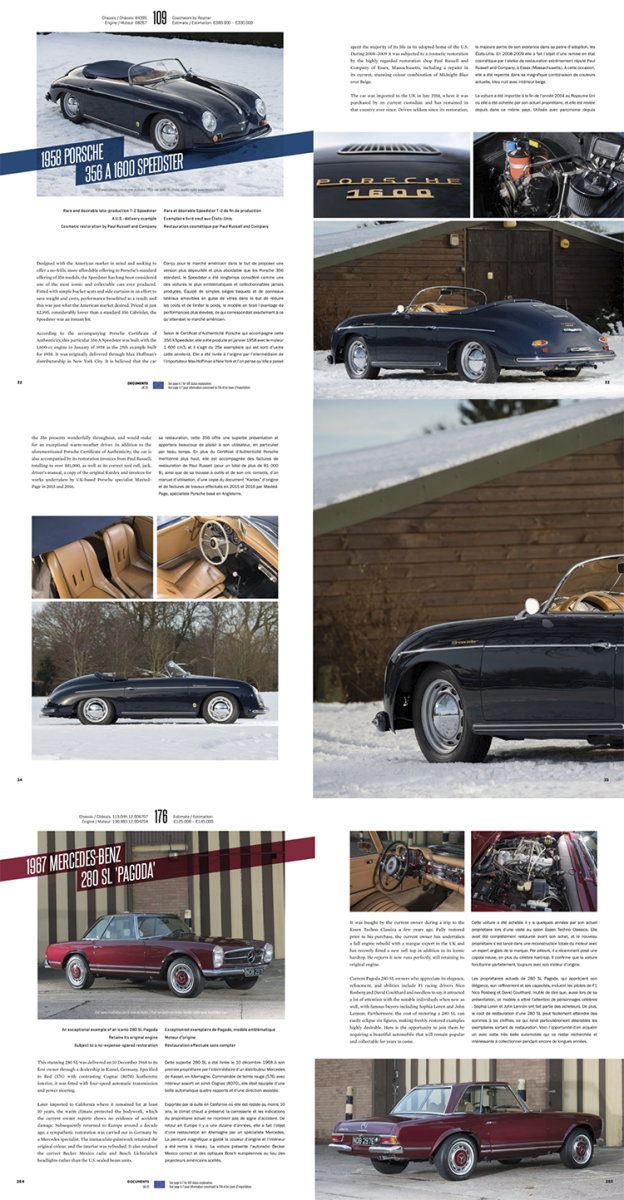 Next month is the first European auction of the year for RM Sotheby's, during the latter part of last year I covered two German classic sports cars for the respected auction house, they are now in the online and printed catologue...
18/01/2018
RM Sotheby's kicks off its 2018 European calendar in spectacular fashion with a return to Paris, 7 February, for its fifth annual sale during the world-famous Rétromobile show week. Held at the historic Place Vauban in the city's centre, the stunning grounds offer the perfect setting to present the finest sports, racing, and touring cars from both pre- and post-war periods.

Both of these German classic cars were in immaculate condition, the challenging one was the Porsche 356A Speedster as it was in the midst of some heavy snow that took place in the Chilterns, although take in the UK it does give the car an Alpine feel due to the weather. All of the images were lit with the flexible Profoto flash systems, having built in battery packs and no cables gives you complete control and freedom of where you can place the lights.
Next
Previous